Very eerie German horror film based on J. Sheridan LeFanu’s 1872 novel “In A Glass Darkly.” This is a stylish movie that shouldn’t be missed.

Allan Grey travels in search of the supernatural. He comes upon an Inn by a river in a small rural village. He gets a room.  It’s not long before he starts hearing things and seeing strange people. He locks himself in to try and get some sleep. That doesn’t stop an old man from entering. He says, “She must not die.” He leaves a book wrapped up with a message written on it that says, “To be opened upon my death.”

Allan strolls the grounds and comes across an estate. The old man lives there with his two daughters, a staff of servants and a nun that’s caring for his ill daughter Leone. She’s been bitten on the neck.

Looking through a window Allan sees the old man killed. Later he opens the book. It’s “The Secret Life Of Vampires.” It tells of a woman who claimed eleven victims in the village twenty-five years ago. She’s buried in the local cemetery.

The Doctor comes to look in on Leone. He only comes over at night. He tells Allan she needs human blood. He sets up a transfusion from Allan.

The movie keeps getting creepier. I was lucky enough to see the version with subtitles as opposed to dubbed dialogue. The storyline is simple but the presentation is so good and so effective it could creep you out. Fans of horror films loaded with special effects may not be able to get into it but movie fans will more than likely put this on a favorites list. The soundtrack by Wolfgang Zeller carries this all the way and fits perfectly. 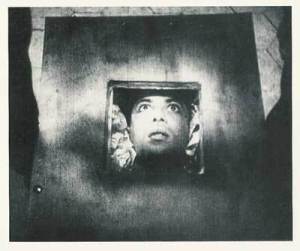 I'm a big fan of vintage books,movies,TV shows and music. I encourage everyone to patronize your local used book/record store and pick up some of the good stuff. My posts are capsule reviews of some favorites that you may want to investigate. The albums posted aren't really reviews but items from my collection that are still available. I try and point out highlights of each one and let the music speak for itself. Thanks to all for checking out the blog.
View all posts by vintage45 →
This entry was posted in Horror, Silent Movie, vintage movies and tagged Movies. Bookmark the permalink.