Crossen is well known to mystery fans as M.E.Chaber. That series is about New York insurance investigator Milo March. He wrote a little SF and a comic book series The Green Lama. This book is beyond awful. A total bore. That surprised me because I liked the March series and a few stand alones.

At least seven atom bombs are dropped in and around New York City. Close to five thousand people made it down to the subway. Taking charge is advertising man Bob Randall. He just completed a campaign about New York City’s underground so he knows all about the subway.

Some groups go to the basement of Saks and others to Gimbels department store at Penn Station. A few others help Randall including a longshoreman and a cop. Everyone is divided into fifteen groups.

The usual conflicts arise and people start battling each other for food, weapons and control. A Physicist says it’s okay to take short trips to the surface. What’s a little radiation from over seven megatons? That’s how this Gold Medal original goes. There’s no reason to pick this one up except to move it out of the way for something good. 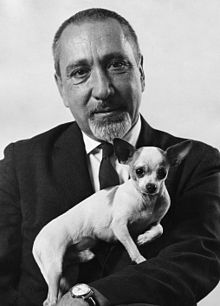