Perry Mason played for laughs. Warren William is Perry and Genevieve Tobin is a very appealing Della Street. No Paul Drake. No hearings or trials. Allen Jenkins is a comedy investigator named Spudsy.

Frank Patton scams small town businesses into holding a lucky legs contest. The winner gets a thousand dollars. He skips town before a payoff. In Cloverdale the winner is Margie Clune. Her boyfriend, Dr.Doray (Lyle Talbot) is upset that she shows herself in public like that and it looks like the engagement is off. It isn’t.

In the alley Frank is about to make his getaway when Thelma Bell catches up to him. She’s a winner from another small town and she wants her money. Frank tells her okay and puts her in the car.

The sponsor of the Cloverdale contest, Colonel Bradbury, hires Perry to find Frank and get his money back. When he gets to Perry’s office, Mason is asleep on the floor with a bad hangover.  There’s some slapstick with Bradbury as Perry can’t remember his right name.

Perry goes to Frank’s hotel room. Frank’s been stabbed with a scalpel. Thelma says Frank locked her in the bathroom when a man came in. Whoever he was he and Frank struggle. Then it got quiet. Thelma gets the door open and Frank’s body falls in.

The cops eventually arrest Dr.Doray in the bridal suite in another town as he waits for Margie. Perry arrives and gets her out of there and advises Doray not to say anything to the cops. Before they arrive he gets Margie out of there and they fly back to L.A.

At the end with the cops, the D.A., Della, Spudsy, Bradbury, Margie and a few others attending, Perry explains it all and names the murderer. The movie is just okay. Tobin is the main reason to see this entry in the early Mason series. 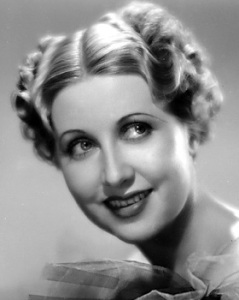 I'm a big fan of vintage books,movies,TV shows and music. I encourage everyone to patronize your local used book/record store and pick up some of the good stuff. My posts are capsule reviews of some favorites that you may want to investigate. The albums posted aren't really reviews but items from my collection that are still available. I try and point out highlights of each one and let the music speak for itself. Thanks to all for checking out the blog.
View all posts by vintage45 →
This entry was posted in Comedy, Crime-Mystery-Spy, Perry Mason, vintage movies and tagged Movies. Bookmark the permalink.