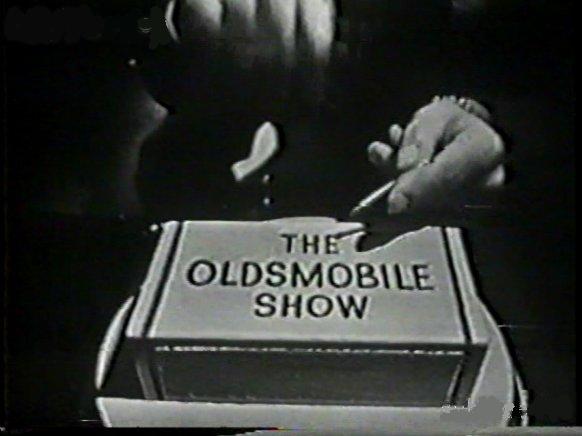 Half-hour variety show hosted by Patti Page. She was nominated for an Emmy but the winner was Dinah Shore.

October 15,1958 episode: A fake Frenchman introduces the show and Patti sings “When You Fall In Love In Paris.”….Patti points out an audience full of soldiers and then does a commercial for Oldsmobile.

Patti brings out army Private Steve Lawrence. She does a short interview with him. He talks about the difference between Hollywood’s musical version of army life to the real thing. That brings on a sketch to prove his point. It’s a combination of song and dance with some comedy tossed in.

Patti does a bit with a fortune telling scale. She says The Everly Brothers will be on next week. Then she sings a song I wasn’t familiar with. Now Steve sings “If I Loved You.” Then they duet on “Who Wouldn’t Love You.” Patti goes into the audience to sing “Home” to the army guys to close the show.

November 12,1958 episode: Patti opens the show with “Somebody Loves You.”…Patti brings on Les Paul and Mary Ford and then The Four Lads….Patti sings “Allegheny Moon.”…Commercial.

Les Paul and Mary Ford do an instrumental followed by “I’m Sitting On Top Of The World” sung by Mary and Patti with Les sounding great on guitar…..Patti and The Four Lads sing, “To Know You Is To Love You.”…Now The Four Lads sing “Mockingbird.”…Bill Hayes and Florence Henderson do an Oldsmobile commercial.

Patti sings, “Something Wonderful” and “Tea For Two Cha-Cha.”…Now Patti sings “You’re Nobody Till Somebody Loves You.”…Patti plugs next week’s show with Ernie Kovacs…Patti closes the show.

I'm a big fan of vintage books,movies,TV shows and music. I encourage everyone to patronize your local used book/record store and pick up some of the good stuff. My posts are capsule reviews of some favorites that you may want to investigate. The albums posted aren't really reviews but items from my collection that are still available. I try and point out highlights of each one and let the music speak for itself. Thanks to all for checking out the blog.
View all posts by vintage45 →
This entry was posted in TV-Variety Shows, vintage music, vintage TV and tagged TV. Bookmark the permalink.