Second entry in the Chester Morris, Boston Blackie series. This is a good mix of crime and comedy made even more special with Harriet without Ozzie. George E. Stone returns as The Runt and Richard Lane is back as Inspector Farraday. Blackie is accused of murder at an art auction.

The Allison Art Gallery has been commissioned to auction off a valuable statue for Diane Parrish (Harriet Hilliard).  Unknown to Diane,Allison is making a copy so he can keep the original. His partner Buchanan wants to just kill Diane and get it over with.

Boston Blackie (Chester Morris) shows up at the auction with his friend the millionaire Arthur Manleder (Lloyd Corrigan). Even though Buchanan told Diane they don’t like the owners of objects for sale to be at the auction she shows up anyway and sits down next to Blackie. Farraday’s there too along with Sgt.Matthews.

She gets up to inspect the statue and sees right away it’s a fake. Buchanan pulls a gun and shoots her. Blackie shoots at Buchanan. Allison is killed. Farraday arrests Blackie for murder. Buchanan hid in the fake statue until everyone left. Then he puts Allison’s body inside before Farraday can return.

At the police station Blackie ties up an ice cream vendor, steals his hat and jacket and escapes. The cops chase him but he gets away. He goes to the hospital to see Diane. The wound was just a graze. No one is allowed to see her. Once again he sees the ice cream vendor and makes the switch. He pretends to be a doctor. Diane’s ill brother Jimmy is there. He can’t stop coughing and needs money to go where there’s fresh air. That’s why she was selling the statue.

Earlier The Runt gave him the bad news that Mona (Joan Woodbury) is in the apartment saying she’s Blackie’s wife. She wants a payoff to go away. He gets the money from Manleder but gives it to Diane instead.

Buchanan buys the statue from Manleder so he and his pal Caulder (Kenneth MacDonald) can get Allison’s body out with Buchanan’s bullet in it. At the hospital Mona confronted Diane about the money. Diane hits her over the head and escapes. She realizes Blackie is one of the good guys.

It all comes to shoot ’em up, fiery finish making for an entertaining movie.

Kenneth MacDonald is a real familiar face and voice to movie and TV fans. He appeared in everything from B crime movies, Three Stooges shorts to a run as Judge Carter on “Perry Mason” (1957-66). 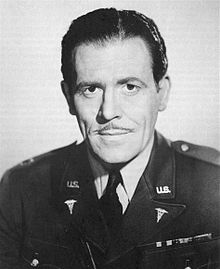 I'm a big fan of vintage books,movies,TV shows and music. I encourage everyone to patronize your local used book/record store and pick up some of the good stuff. My posts are capsule reviews of some favorites that you may want to investigate. The albums posted aren't really reviews but items from my collection that are still available. I try and point out highlights of each one and let the music speak for itself. Thanks to all for checking out the blog.
View all posts by vintage45 →
This entry was posted in Boston Blackie, Comedy, Crime-Mystery-Spy, vintage movies and tagged Harriet Hilliard, Movies. Bookmark the permalink.

3 Responses to Confessions Of Boston Blackie (1941)