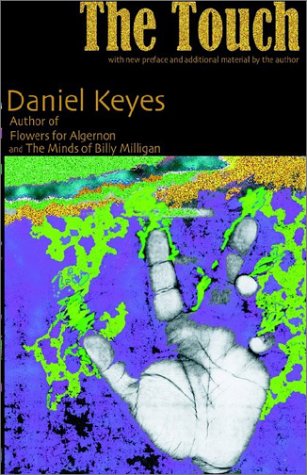 Barney Stark was a sculptor in college. Now he works for his father-in-law’s firm, National Motors,as a designer. His wife Karen was a theatre major and is working in summer theatre in Elgin City, Michigan near Detroit. They’ve done everything to conceive from routine medical doctors to astrologers and tarot readings. Barney even bought a Fertility Clock to keep track of the best times to try. It doesn’t bode well for their temperaments. Then…the radiation leak.

Barney’s car pool has whittled down to Max Prager. He works in the research department. One afternoon Barney goes to pick him up and sees the lab is guarded. There was a radiation leak termed minor. Max was declared a hero for stopping it from spreading from the lab to the town. Now he’s in the hospital.

Since Barney was around Max Tracer Control tells Barney and Karen they have to exam them for radiation and find out every place they went over a few weeks time. One stop is Barney’s parent’s house. His father has hated him ever since he changed his ethnic Polish name and doesn’t want him in the house. It gets worse when a member of Trace Control has to slice pieces off of Barney’s mother’s favorite couch that show traces of radiation.

Things get worse as businesses ban Barney and Karen from their places after small traces of radiation were found.  Some people even try to burn their house down. Now Karen’s sister Myra comes to visit. She’s been missing for years. Barney lusted after her in college until she ran off with a professor. Myra never met a cause or protest she didn’t like.

Her appearance has totally changed and she says she made herself ugly on purpose. She wants to convert Barney and Karen to a new religion she discovered.

In the basement, Barney has continued to work on a sculpture.  He keeps changing the face from Myra’s  to Karen’s and back again. Another is a piece he calls “The Victims.” That causes Karen to run screaming out of the basement but Myra thinks he’s just expressing himself.

Turns out Karen is pregnant. Barney is starting to collapse and doesn’t want a baby that’s possibly damaged from radiation. Karen is happy she’s pregnant. Here come the lawyers. Karen’s father’s lawyer wants to buy them off cheap. Barney goes ballistic at a meeting and says they aren’t thinking of future damages and that he hates them all. Things get worse when a tabloid prints an article about The Radiation Man.

This is very absorbing as the characters continue to fall apart and you’ll stay with it to see how it all turns out. In some marketing campaigns it’s been billed as SF.It’s not. Just because it has a radiation leak doesn’t make it SF. 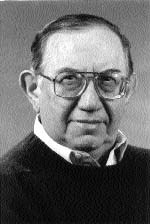 I'm a big fan of vintage books,movies,TV shows and music. I encourage everyone to patronize your local used book/record store and pick up some of the good stuff. My posts are capsule reviews of some favorites that you may want to investigate. The albums posted aren't really reviews but items from my collection that are still available. I try and point out highlights of each one and let the music speak for itself. Thanks to all for checking out the blog.
View all posts by vintage45 →
This entry was posted in Fiction and tagged Books. Bookmark the permalink.