You know you’re in for a piece of Hollywood history when the opening credits say, “Introducing Kim Novak.”  The movie is based on the novels “The Night Watch” by Thomas Walsh and “Rafferty” aka/”The Beautiful Trap” by Bill S.Ballinger. The screenplay is by Roy Huggins who in the sixties created, among others, the TV shows “The Fugitive” and “The Invaders.” This one is all about a cop caught in a web of his own making. Make it a point to see this one. Kim is great in her first credited role.

Harry Wheeler and a partner hold up a bank and kill a guard. Police Lt.Carl Eckstrom (E.G.Marshall) investigates and finds out it was Wheeler. He assigns Detective Paul Sheridan to get friendly with Wheeler’s girlfriend Lona McLane (Kim Novak). One night they’re both in a movie theater on their own. He tampers with her car distributor and that ends up into Paul doing his job.

Eckstrom sets up a stakeout in an apartment across the street from Lona’s with Paul and his partner Rick McAllister (Philip Carey). Detective Paddy Nolan is keeping watch from a patrol car outside. Rick likes watching Ann Stewart (Dorothy Malone), a nurse that lives next door to Lona.

Lona leaves and Paul follows. She goes to his apartment. She knows he set up their meeting and then asks if he’s a cop. He admits everything but says he got attached to her. Lona says she’s afraid of Wheeler and didn’t know he was a crook until after the bank robbery.  She suggests they turns him in and keep the money. Paul storms out and returns to the stakeout apartment.

Later Paul gives in and calls Lona and says he’ll get the money after capturing Wheeler if she’ll take off with him. She agrees.  Their big plan hits a snag when Paddy was in a bar instead of the patrol car. When he gets back he thinks he’ll lose his pension if Paul turns him in. Paul says he’ll see what he can do. If everything turns out okay Paddy will have nothing to worry about.

They spot Wheeler going into the apartment house and grab him. They take him to his car and Paul tells him to open the trunk. The money is all there in a briefcase. Paul puts two bullets in him. He tells Paddy he had to since he saw Wheeler jump him. Paddy’s been on the force twenty-five years and he’s not falling for that one.

Anything further would give too much away. This really belongs on your must see list. 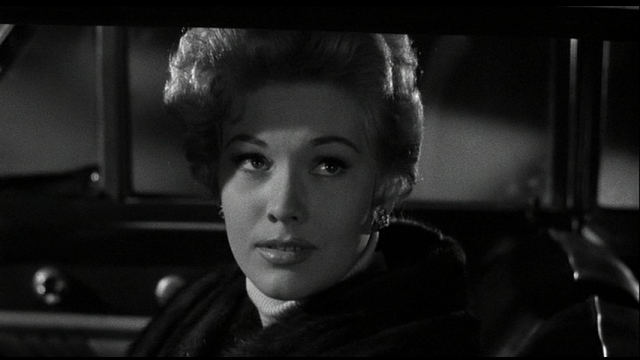