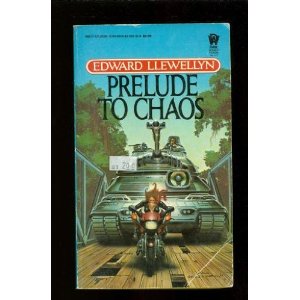 This is a good action filled story of two people framed for murder that break out of a high tech federal pen. Both are obsessed with their individual goals. The cover reflects an incident late in the book.

Gavin Knox was in the Special Forces. He was assigned to the President of the United States as a bodyguard. At one appearance Gavin was told to check out something away from the President. He sees a man with a rifle behind a window and kills him but not before he gets off a shot and kills the President.

He spots a man with a videocam and he grabs the tape. Looking at it later he sees the two people assigned to guard the President duck out of the weay of the bullet instead of covering the President. One of them is Gavin’s former girlfriend.

He confronts her with the tape and she tries to kill him. He gets her first. Two men come out of a back room and shoot a tranquilizer dart into him. He’s convicted of her murder. He realizes the whole thing is a plot by Attorney General Gerald Futrell. He’s the power behind the new President Michael Randolph. Randolph doesn’t realize that. Knox is given a choice, a mind wipe or the Pen. Knox is obsessed with killing Furtrell.

Also in the Pen is Judy Grenfell. She’s a surgeon who discovered that a drug is being used under the Social Stability Act to control the population. The population doesn’t care since the drug keeps them calm but the government still doesn’t want the news to get out.

Judy was involved with one of her colleagues until another took him away from her. She goes to tell both of them her discovery but finds them dead. She’s framed for the double murder. In the Pen she tells Gavin about an escape plan she’s created. Part of it involves doing some surgery on their backs to remove monitoring transponders.

After some harrowing adventures they make their way to the Virginia countryside. There’s a farming commune based on a religion Judy believes in run by The Leader. She gets disenchanted with the group when a powerful councilman demands that she get married. There are no single women there over sixteen. Gavin is called upon to use his military training in case of an attack by the National Guard.

One day he sees Furtell pull up in a limo as the army is stocking an arms depot. That includes chemical weapons. Angry that he doesn’t have a gun he heads for his room and his weapons. Judy finally gets them both out on a motorcycle. She wants to head for Maine.

Their first stop is The Bikers Bi-monthly Bargain Boozeup. It’s the last gathering of people who just don’t care what the government says and it’s a good place to buy, bikes, booze and babes. They buy a couple bikes and take off.

While resting in a barn Judy tells him about another drug that’s widely used in different products. It causes all females to be born sterile. It’s an effort by the government to bring down soaring birth rates and has been going on for twenty-five years.  This book is packed with excitement and is a great read for those that like the SF thriller.

I'm a big fan of vintage books,movies,TV shows and music. I encourage everyone to patronize your local used book/record store and pick up some of the good stuff. My posts are capsule reviews of some favorites that you may want to investigate. The albums posted aren't really reviews but items from my collection that are still available. I try and point out highlights of each one and let the music speak for itself. Thanks to all for checking out the blog.
View all posts by vintage45 →
This entry was posted in Science Fiction, Thriller and tagged Books. Bookmark the permalink.