Based on the book by the wife of notorious gangster Arnold Rothstein. Spencer Tracy is great to watch and makes this one to look for. Look fast for a quick bit by Shirley Temple before she became a superstar. She plays the daughter of a cop.

It’s 1909 in Saratoga. Murray Golden (Spencer Tracy) is pulling cons to get betting money. Murray is obsessed with hanging out with the the rich crowd.

It’s now 1914 and he’s married to Virginia (Helen Twelvetrees). Murray runs a successful gambling  joint in New York. The faithful Virginia is bored and he promises to get out after he’s made a half million. Six millionaires are in the place that night. Gangster Al Mossiter (Robert Glecker) is losing big and Murray says he’s lost enough.

Mossiter says the game is crooked. Murray says they’ll do a coin toss. If Mossiter wins the debt is cleared. He wins. He doesn’t know that he really lost but Murray didn’t want his place tainted by having anyone think it’s crooked. He leaves but his date stays behind. She’s singer Peggy Warren (Alice Faye). That’s the start of an affair. The take for the night puts him over the half million mark. He tells Virginia but says he doesn’t want to give the place up while he’s on a roll.

Move up to 1919. Murray finds out that Mossiter has fixed a fight between Eddie Traylor and George Curtis. Traylor has been paid to take a dive in the fifth round. Murray breaks down the honesty of Curtis and pays him to take a fall in round two. The fight goes his way but his marriage is in trouble. Virginia is at the fight with a friend and overhears gossip about Murray and Peggy. He’s set up a hundred thousand dollar trust fund for her and an apartment on Park Avenue.

Murray talks his pal Freddy into telling Virginia that he’s the guy that’s been fooling around with Peggy. She kind of buys it. He says he’s quitting and going into the insurance business. Then he gets a phone call. Traylor’s been found murdered.

1924. Curtis is a drunken wreck. Mossiter gets him to admit he was paid off and who gave him the money. Murray visits a boyhood friend who is now a police detective. He tries to bribe him to disappear when a client comes up for trial so the charges will be dropped. The cop isn’t going for it. A call comes in for Murray. Virginia has been kidnapped. It’s Mossiter’s way of getting the money he lost on the fight back. Murray orders Freddy to pay the ransom. He jumps in his car where Peggy is waiting. He tells his driver to speed up. Now his life starts its reverse.

It comes to a melodramatic ending with a serving of corn but it fits in with the rest of the movie. 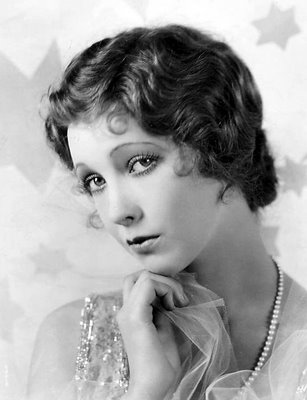 I'm a big fan of vintage books,movies,TV shows and music. I encourage everyone to patronize your local used book/record store and pick up some of the good stuff. My posts are capsule reviews of some favorites that you may want to investigate. The albums posted aren't really reviews but items from my collection that are still available. I try and point out highlights of each one and let the music speak for itself. Thanks to all for checking out the blog.
View all posts by vintage45 →
This entry was posted in Crime-Mystery-Spy, Drama, vintage movies and tagged Movies. Bookmark the permalink.